Military personnel across the country are filing suit over defective ear plugs that 3M Company sold to the U.S Government even after they were aware of the product's problems. The most recent claim was brought by a U.S Veteran in Kansas City who suffered significant hearing loss due to the defective earplugs. Numerous other cases have been brought across the country and in the summer of 2018, the U.S Department of Justice and 3M reached a 9.1 million settlement. 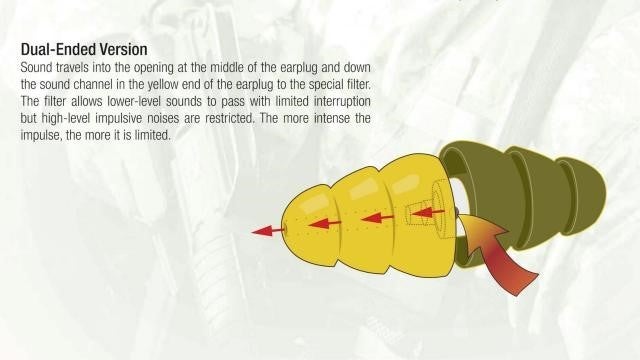 The New York City 3M Earplug lawsuit attorneys at Sullivan & Brill, LLP can help you if you are one of the military personnel affected by the 3M earplug defects. Our team is compassionate to the specific needs of military service members and we believe that you deserve compensation if you are one of the many injured by these defects. Our team is experienced with New York City personal injury cases and product liability cases, and knowledgeable and ready to pursue mass tort cases, as it appears the 3M case will be.

Don't let 3M get away with knowingly supplying defective product to those who are serving our country. Pursue your settlement and join those who have already stepped forward. Contact our team today at (212) 566-1000.

Hold 3M Accountable for Their Negligence

3M Company provided dual ended combat arms earplugs to the U.S military from 2003-2015. The specific earplugs believed to be defective were the Selective Attenuation Earplugs that were standard use for various military branches. The earplugs were designed to be dual ended one side yellow, the other olive green and were supposed to provide two levels of noise protection depending on how they were worn. The wearer could insert the earplug one way if they needed more noise protection and another way to hear speech.

According to courts documents, they were defective because the 3M earplugs were too short and could loosen in the wearer's ear. In addition, tests done by 3M demonstrated that rather than reduce noise, when inserted in the manner that allowed the service member to hear others, the earplugs actually amplified the noise. These defects caused many users to suffer irreversible hearing loss and/or tinnitus, permanent ringing in the ears.

The $9.1 million settlement compensated the government for the cost of purchasing the earplugs, yet it provided no compensation to a service member that was harmed by the defective earplugs. Currently, new suits are being filed across the country by individuals asserting that 3M must be held accountable for knowingly selling this defective product to the US military and thereby harming individual service members.

Although the cases have not been consolidated into a mass tort action yet, it is expected that they will be shortly. This will enable attorneys for service members throughout the country to effectively work together to obtain justice on behalf of the men and women that have risked their lives so that companies such as 3M can prosper in a free society.

Sullivan & Brill, LLP is currently accepting cases on behalf of military personnel that has used the defective 3M earplugs. Our New York City 3M Lawsuit lawyers take this situation seriously and we want you to know that you deserve to be heard, and compensated, for suffering at the hands of the 3M company. If you or a family member or friend, suffered the loss of hearing or tinnitus while serving in the military between 2003 and 2015, call us at (212) 566-1000 for a free consultation.