When a driver hits a pedestrian in Long Island, the usual assumption is that the New York pedestrian accident was the driver's fault. However, not everyone realizes that there are rare instances in which the pedestrian could be considered negligent. Even though New York is a no-fault insurance state, you can still seek additional compensation as a driver if your injuries were severe enough and the pedestrian was negligent in some way. Talk to a New York Pedestrian Accident Attorney to learn more.

When New York Pedestrians Are Liable

New York is a no-fault state. What this means is that auto insurance companies are expected to compensate both parties in a pedestrian accident regardless of who was at fault. However, if you suffered severe injuries as 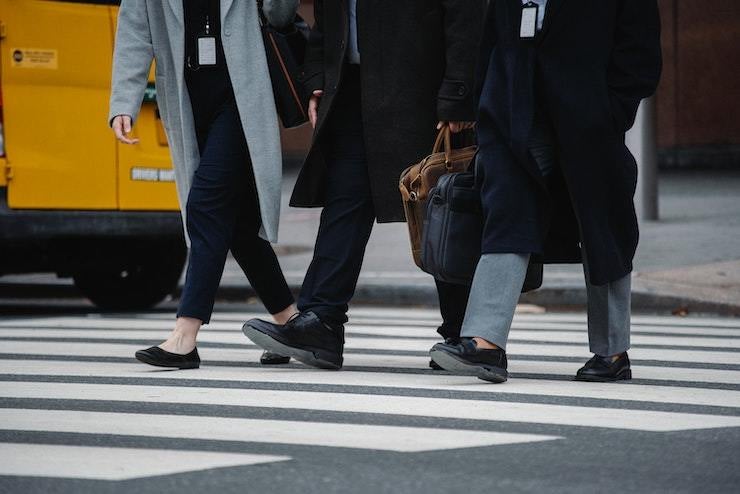 the driver and need additional compensation, then you may need to take legal steps by filing a New York personal injury claim. Showing that the pedestrian was partially at fault for the accident might strengthen your claim.

When it comes to New York pedestrian negligence, there are various forms this can take. In general, pedestrians might be considered negligent when they are clearly breaking traffic laws. Jaywalking and public intoxication are two of the most common examples of negligent pedestrians. This is because these pedestrians are knowingly putting themselves and others at risk through reckless actions.

Ignoring crosswalk rules, signals, and signs is another example of pedestrian negligence. However, so is being distracted by a smartphone through texting, listening to music, or an app. There have been several accidents, not only at crosswalks but in parking lots because a pedestrian was on their phone and failed to see the oncoming car. In cases like this, tracking down security camera footage might be the best evidence you can find.

Legal Steps You Can Take After a New York Pedestrian Accident

Filing a personal injury lawsuit for a New York pedestrian accident is often more complicated when you are suing the pedestrian because pedestrian negligence is often not assumed. You need to have convincing evidence and arguments for why the pedestrian played a role in causing the accident. Otherwise, the insurance company and judge are not likely to take your claim seriously.

Talking with a lawyer can help you figure out exactly what legal steps are necessary to strengthen your claim. A lawyer can help you gather supporting evidence from witnesses, security cameras, and relevant documents like the police report. You could potentially gain additional compensation for your medical bills along with any pain and suffering you had to endure.

You may be able to seek additional compensation if your injuries were severe and life-altering. Try reaching out to Sullivan and Brill Law Firm in New York by calling (212) 566-1000 today to speak with a Long Island Personal Injury Lawyer for a free consultation. Our experienced legal team of New York personal injury lawyers might be able to help you obtain compensation for medical expenses, pain and suffering, and lost wages. Our firm serves clients in New York City, Long Island, Kings, Bronx, New York, Queens, Richmond, Nassau, Suffolk, Westchester, and Rockland Counties, and San Juan, Puerto Rico.