Sullivan & Brill is no longer accepting Mirena IUD cases at this time. 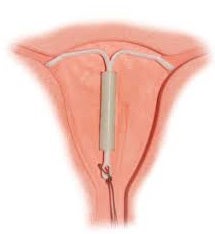 Manufactured by Bayer Healthcare Pharmaceuticals, the Mirena intrauterine device (IUD) has been associated with mounting injury reports and litigation. Our firm is investigating claims associated with adverse reactions, including life-changing injuries, allegedly associated with the Mirena IUD. Bayer maintains that the Mirena IUD is a safe, effective, long-acting, and reversible form of birth control for women. Mirena was released to the United States market in December 2000 and has been implanted in more than 2 million women.

Soft and flexible, the uterine birth control device is constructed in a T-shape and delivers a hormone into the woman's body after being implanted by a medical professional into the uterus. The device is made with a polyethylene frame that contains a steroid reservoir that is meant to release the contraceptive, levonorgestrel, in amounts of 20 micrograms daily. Once placed in the uterus, the Mirena is meant to remain there for up to five years. At five years, the dosage of levonorgestrel drops to 15 grams daily, which is less than the 150 micrograms delivered by oral hormone birth control.

Designed for safe insertion and removal by a health care professional, forceps are typically used to gain a gentle grip on the IUD's threads. The device's arms should fold upward as the device is removed from the uterus by the medical professional.

Injuries Associated with the Mirena IUD

Lawsuits brought against Bayer and its Mirena IUD allege that the device's warning label does not appropriately include warnings concerning the dangerous adverse side effects that may potentially take place when the Mirena either migrates, perforates the uterus and other organs, or both. Although the Mirena label does discuss the potential likelihood of Mirena migration should the uterus become perforated when the device is inserted, the label states that this is a rare occurrence and does not include a warning for increased risks for Mirena spontaneous migration and perforation, which may occur at any time following insertion.

Meanwhile, Mirena complications continue to be alleged, as well as allegations that these injuries have led to significant pain and, in many cases, life changing and overwhelming, incapacitating side effects:

When a Mirena side effect, such as perforation or migration, is diagnosed, surgery is often the only available option. A surgically invasive procedure may cause permanent complications that may increase risks to a woman's fertility health and, in very serious cases, a complete hysterectomy may be required.

If left untreated, very dangerous reactions, such as sepsis and hemorrhage, may occur. Pain in the abdomen, fever, and heavy bleeding are early symptoms of migration and perforation and may lead to serious outcomes such as serious infection, damage to the organs, and internal scarring.

Any organ may be damaged or perforated when the Mirena migrates throughout the body – intestines, bladder, abdominal cavity, and bowel – and the migration may also lead to abscesses, infections, obstructions, and adhesions. Ectopic pregnancy is another potentially life-threatening condition that may be seen when the Mirena migrates; infections may be life threatening.

The U.S. Food and Drug Administration (FDA) issued two warnings to Bayer in 2009 over the way Bayer handled its online ads. The FDA indicated that the marketing was misleading and did not appropriately indicate Mirena's side effects risks. The FDA also warned Bayer that some promotional materials minimized significant side effects. The FDA also indicated that Bayer's direct marketing campaign created on the "Mom Central" internet site also downplayed Mirena IUD side effect risks. The agency wrote about its concerns over Bayer's claims that Mirena would improve a woman's sex life, enabling her to "look and feel better."

Patients bringing lawsuits against Bayer have alleged that Bayer knew about the serious risks tied to Mirena, yet never fully warned patients and physicians. The number of Mirena IUD lawsuits consolidated in New Jersey Superior Court has risen to over 700, court documents indicate, and represent the largest number of Mirena IUD cases in the United States. Proceedings regarding these complaints began on May 20, 2013.

A large multidistrict litigation (MDL) is also pending in the U.S. District Court in the Southern District of New York. In this litigation, plaintiffs in eight pending cases petitioned for consolidation, as well as future federal Mirena IUD lawsuits into an MDL in January 2013. That April, the U.S. Judicial Panel on Multidistrict Litigation (JPML) ordered the federally filed cases transferred to the Southern District of New York. More than 100 lawsuits had been centralized as of July 2013 for pre-trial proceedings and more complaints are expected.

Court documents in these cases indicate that the allegations all similarly claim that the Mirena spontaneously migrated, which led to uterine perforation, organ damage, and unwanted and / or ectopic pregnancy; and that the women bringing the lawsuits were not sufficiently warned of Mirena's potentially serious adverse health risks. The primary allegation involves that the drug maker minimized risks associated with the Mirena IUD.

More than 70,000 injury reports have been filed with the FDA since 2000 and hundreds of these reports involve claims that the Mirena punctured or migrated away from the uterus. In fact, a position statement filed by individuals bringing cases against Bayer in the MDL, allegations include that, in some cases, the Mirena migrated to a location in the women's bodies that was too dangerous to be removed, which meant that ongoing monitoring for potential serious internal damage was required.

Sullivan & Brill is no longer accepting Mirena IUD cases at this time.