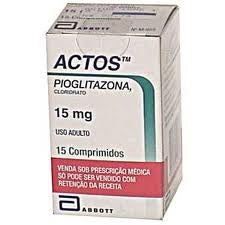 Actos, a popular diabetes drug, has been linked to an increased risk of bladder cancer. If you or someone you care about has been taking this medication and has been diagnosed with bladder cancer, you should speak with our team at Sullivan & Brill, LLP. We are knowledgeable about this drug and the lawsuits that have been filed against the manufacturer. The consultation is free and if your case is accepted, you will not be required to pay any fees or expenses unless a recovery is obtained on your behalf.

Call Sullivan & Brill, LLP for the legal counsel you need and deserve!

Actos, generically known as pioglitazone hydrochloride, is used to treat Type II diabetes. It is manufactured by Takedia Pharmaceuticals, Inc. and was put on the market in July of 1999. On September 17, 2010, the Federal Drug Administration (FDA) issued a safety warning, advising the public that it was reviewing data from an ongoing study of the association between Actos and an increased risk of bladder cancer and that the findings indicate that further study is needed.

Contact our firm to discuss your case and learn more about the side effects of Actos.