Sullivan & Brill, LLP recently recovered $430,000 on behalf of a man that slipped on the step shown in the photograph below while vacationing at a Caribbean resort. 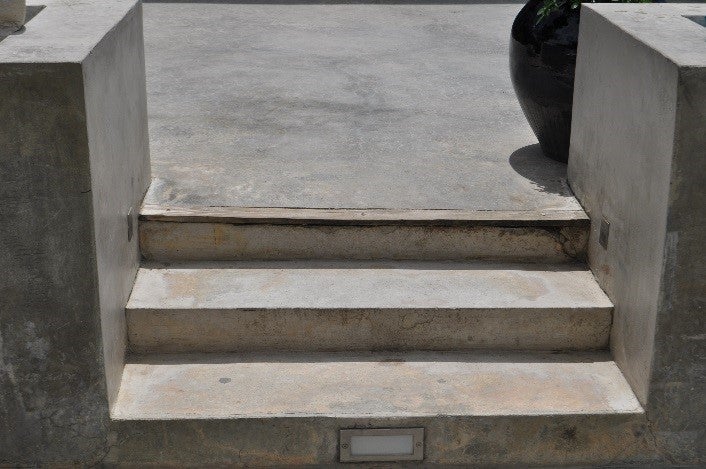 The lawsuit claimed that the resort improperly designed, constructed, and maintained the steps. Both the current owners of the resort and the construction companies that designed and built the resort were parties to the lawsuit. Over several years of litigation, tens of thousands of pages of documents were produced and depositions were taken of 13 individuals that either witnessed the accident or were involved in the design, construction, and maintenance of the staircase. Through that discovery, Sullivan & Brill established that certain decisions were made during the design and construction phases of the project that rendered it nearly impossible for the owner to keep sand from accumulating on the steps. Compounding that problem, the discovery also established that the finish material used on the steps had a lower co-efficient of friction than the materials specified in the construction specifications and that a safer finish could have been used, but wasn't because it was less aesthetically pleasing.

The Defense contended that the steps were safe as constructed and that the accident was caused by Sullivan Brill's client's intoxication and misstep while going down the steps. Sullivan Brill undermined this defense by obtaining the resort's bar tabs which established that the client had only had one or two drinks prior to the accident. In addition, the testimony of eye witnesses confirmed there was a thin layer of sand on the steps at the time of the accident. The testimony of several maintenance personal established that the accumulation of sand on the steps was a reoccurring problem that could not be eliminated because of the design of the pathways leading to the steps.

As a result of the fall, Sullivan Brill's client sustained a significant fracture of the tibia and fibular, the bone leading from the knee to the ankle. The client was transported from the resort to a nearby hospital and was then flown to Florida by private jet for surgery. After a year and a half, the client had to have a second surgery because the bones in his leg had not formed a complete union. Fortunately, the client was able to continue his office work and the accident did not affect his ability to earning capacity.