$425,000 Verdict for Victim of Bicycle Accident

In February 2017, a Westchester County jury returned two verdicts in favor of a Sullivan Brill client that was hit by a car while riding his bicycle. The first verdict found the driver of the car 100% responsible for the accident. The second verdict provided $425,000 in compensation for the client's loss of earnings, fractured thumb and injured hand.  At the beginning of the trial, the defendant's insurance company withdrew its settlement offer of $5,000.  After the jury found the defendant 100% responsible, the insurance company made a settlement offer of $75,000, which was rejected. While the jury deliberated on the damages phase of the trial, the insurance company offered $200,000 which was also rejected.

At the time of the accident, Sullivan Brill's client was crossing Route 129 in Croton-on-the-Hudson. He had just come down Batten Road, shown in the photograph to the left, and was planning to go left on Route 129. Because he had binder clip pedals, he rode his bike parallel to the white line until he could see there was no traffic approaching from his left, as shown in the photograph below. Seeing it was clear, 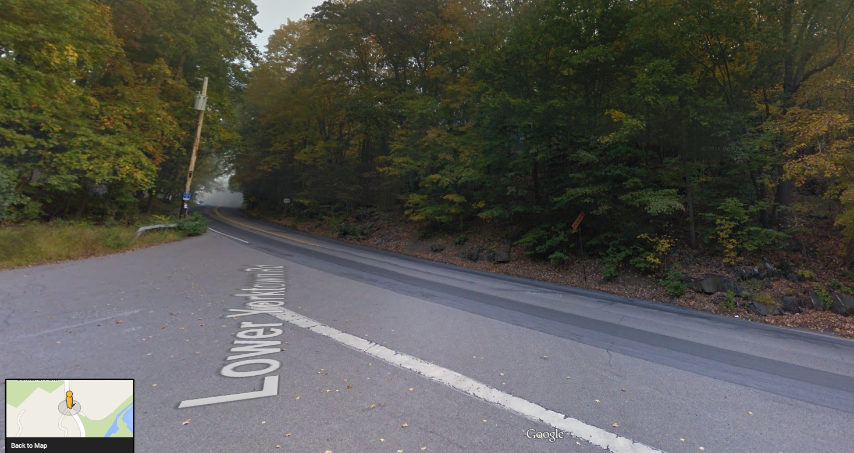 he began crossing Route 129 when the defendant came speeding over the hill shown in the photograph to the right and crossed over into the oncoming lane of traffic, just as the client was entering that lane. The client looked up just in time to avoid riding directly in front of the car. The client turned hard to the left and the car caught the client's handle bar, injuring his right hand and thumb in the process. Specifically, the client sustained a fractured thumb that need to be repaired with an operation during which three pins were inserted into his thumb and adjoining bones. The pins were removed six weeks later and the client underwent five months of physical therapy. Because of severe swelling of his hand, he developed fibrosis in the muscles on the top of his hand. He also developed traumatic arthritis in the metacarpal joint for which he received a cortisone injection. His treating orthopedist testified at trial that he would likely require surgery in the future to remove a bone in his hand to eliminate arthritic pain. The jury provided full compensation for the client's $67,000 in lost earnings, along with $358,000 for the client's past and future pain and suffering.