Electrocutions and electrical accidents can pose serious threats to the workers who do their jobs around these lines every day. As projects are underway, the construction or industrial company has a responsibility to properly install and maintain all wires. 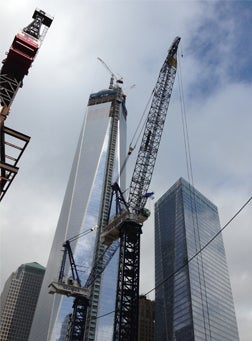 This includes ensuring that:

Sullivan & Brill, LLP: Representation You Can Trust, Advocacy You Need

At Sullivan & Brill, LLP, we represent workers and employees who have been injured or electrocuted by dangerous power lines while on the job. We will thoroughly investigate the details of the accident to determine where negligence occurred and how it could have been prevented.

Accidents occur due to reckless behavior or disregard, such as:

We also closely look at the training that was provided to the electrical worker who may have been responsible for the accident. If you were injured in an electrical accident on the job where an electrical company for which you were not employed contributed to the injury, we can help. These accidents include third-party liability of the responsible electrical company, and a claim can be filed in addition to workers' compensation claims that are likely already underway.

Call (212) 566-1000 to schedule a complimentary case evaluation if you have been injured due to electrocution.