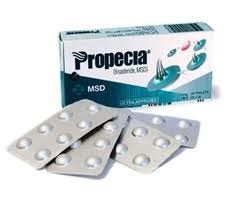 Propecia, a medication that treats male pattern baldness, has been recently linked with erectile dysfunction, reduced sexual desire, prostate cancer, and male breast cancer. If you or a loved one is currently taking or have taken Propecia and have experienced erectile dysfunction, reduced sexual desire, or have been diagnosed with prostate or male breast cancer, you should contact our New York City defective drug injury attorneys at Sullivan & Brill, LLP.

Our lawyers are knowledgeable about this drug and the lawsuits that have been filed against the manufacturer. Your initial consultation is free of charge, and we work on a contingency fee basis, which means you only pay attorney fees if we are able to successfully obtain compensation. We understand the financial hardships you are already enduring, and we want to make things easier on you.

Propecia, generically known as finasteride, is manufactured by Merck & Co., Inc. and was approved by the FDA in 1997 for men seeking to reduce male pattern baldness and for men suffering from enlarged prostates, known as benign prostatic hypertrophy (BPH). Propecia is a specific type of 5-alpha reductase inhibitor that inhibits the enzyme responsible for regulating the conversion of testosterone to dihydrotestosterone (DHT). The 5mg version of Propecia is used to treat enlarged prostate, while the 1mg dose treats male pattern baldness. Since its release, Propecia has been linked to a number of very significant side effects.

In March 2011, a study conducted by a professor from George Washington University and published in the Journal of Sexual Medicine showed that 94% of subjects taking the drug developed low libido, 92% developed erectile dysfunction and decreased arousal, and 69% developed problems with achieving orgasm. Merck had warned that a small percentage of Propecia users could experience erectile dysfunction and decreased libido, but stated that these symptoms would go away after discontinuing the drug. The George Washington University study demonstrated that some side effects could last up to an average of 40 months after the last dose.

On June 9, 2011, the FDA issued a press release warning that men taking the drug may also face a higher risk of developing high-grade prostate cancer. The warning was based on the FDA's review of two large randomized controlled trials, the Prostate Cancer Prevention Trial (PCPT) and the Reduction by Dutasteride of Prostate Cancer Events (REDUCE) Trial. These trials showed that Propecia and other medications in the 5-alpha reductase inhibitor (5-ARI) increased the chances of developing high-grade tumors.

In August 2011, the Canadian Health Agency, Health Canada, reported findings of male breast cancer in a small number of patients taking the drug. According to Health Canada, male breast cancer has been reported with both the 1 mg and 5 mg formulations of Propecia, though most have been associated with the 5mg formulation. Health Canada has advised that men taking Propecia contact their doctors should they experience breast enlargement, breast lumps, pain or tenderness, nipple discharge, or any other changes while taking the drug.

Lawsuits have been filed against Merck & Co., Inc. alleging that the company failed to adequately warn the public that Propecia could cause serious and potentially irreversible sexual complications.

Contact us today for a free legal consultation or questions regarding a potential future Propecia lawsuit.