On July 6, 2012, Stryker Orthopaedics issued a recall of its Rejuvenate and ABG II modular hip implants. This hip implant recall followed a recall of the defective product in Canada in the spring of 2012. According to the recall notice posted on the FDA's website, the hip implants have been recalled because of a fretting and corrosion at the modular neck junction. This deterioration leads to the deposit of metal ions into the soft tissue surrounding the hip joint, which results in metallosis, necrosis, and osteolysis, any of which may result in the need for a revision surgery, where the hip implant is removed and replaced with another implant.

This recall is the latest in a string of negative information that has been amassing about metal-on-metal hip implants. In August of 2010, DePuy Orthopaedics. 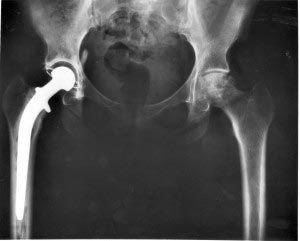 Stryker began selling the Rejuvenate and ABG II models in the United States in 2009. Post-market surveillance of the device disclosed excessive adverse event reports suggestive of a trend toward an unusually high failure rate. Patients have complained of pain, swelling, and discomfort in the hip area. If you are experiencing any of these symptoms, you should contact your orthopedic surgeon and have your hip implant evaluated. You should also contact a lawyer knowledgeable about the Stryker Rejuvenate hip implant recall and the developing litigation.