SSRI antidepressants, drugs also known as selective serotonin reuptake inhibitors, are designed to block the reabsorption, also known as the reuptake, of serotonin. Serotonin is a brain neurotransmitter that improves mood. 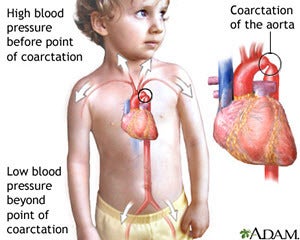 Considered among the most popularly prescribed antidepressants, SSRIs have been linked with a number of significant adverse reactions in some people, especially birth defects in children whose mothers were taking SSRIs during pregnancy. Because of this, lawsuits have been brought against the makers of these drugs for the various adverse reactions associated with SSRI use in adults, pregnant women, children, and teenagers.

SSRIs affect neurotransmitters, which are chemical messengers in the body that communicate between the cells of the brain. SSRIs create serotonin balance changes and are meant to assist the brain's cells in sending and receiving messages; the SSRI process is thought to improve patient mood. Non-SSRI antidepressants, prescribed before the advent of SSRI medications, change the levels of one or more neurotransmitters, while SSRIs only target serotonin.

SSRIs include drugs such as Celexa (citalopram); Desyrel and Oleptro (Trazodone Hydrochloride); Lexapro (Escitalopram); Luvox and Luvox CR (Fluvoxamine Maleate); Paxil, Paxil CR, and Pexeva (paroxetine); Prozac, Sarafem (fluoxetine); Serzon (Nefazodone); Symbyax (Olanzapine and fluoxetine); Vilbryd (vilazodone HCl); and Zoloft (Sertraline), and are indicated for the treatment of major depressive disorder, obsessive-compulsive disorder (OCD), post-traumatic stress disorder (PTSD), panic disorder, anxiety disorders, bulimia nervosa, and premenstrual dysphoric disorder (PMDD). Most typically, SSRIs are used in the treatment of depressions. Each SSRI is approved for different indications and contains different active ingredients; therefore, not all SSRI are used in the treatment of the same conditions. In all cases, however, SSRIs are believed to increase the brain's level of serotonin, which is believed to improve mood.

Most SSRIs similarly and typically lead to comparable side effects; however, each of these drugs is comprised of its own unique blend of ingredients; therefore, different SSRIs affect people in different ways.

The most commonly known side effects include:

A study that appeared in the April 24, 2013 issue of JAMA Internal Medicine found that patients who were taking SSRIs during the period from hospitalization admission and until discharge, a timeframe known as the so-called "perioperative period" suffered from increased adverse event risks. Researchers at Canada's McMaster University also found that SSRIs may lead to side effects that were impacted by any of the body's processes that are typically serotonin-regulated.

Research: SSRIs Associated with Bleeds of the Upper GI

A late 2013 study found that use of an SSRI for even as short a time as seven days may lead to increased risks for upper gastrointestinal (GI) bleeding events. "Consistent with previous studies, SSRIs were the only antidepressants found to have increased risk of upper GI bleeding," said the study's lead researcher, Ching-Liang Lu, MD, National Yang-Ming University in Taipei, Taiwan. "Doctors are not well aware of this phenomenon in current practice," he added. The study appeared online September 13, 2013 in the American Journal of Psychiatry. Prozac and Zoloft were both tied to increased GI bleeding risks while Celexa, Paxil, and Lexapro were tied to elevated risks that were just slightly less than statistically significant, a phenomenon Medscape Medical News indicated was probably associated with the smaller sample size. Dr. Lu said, "A combination of SSRI and non-steroidal anti-inflammatory drugs [NSAIDs] would further increase the risk of upper GI bleeding."

A 2003 population-based cohort study found that GI bleeding risks increased with SSRI therapy, and that this increase worsened when NSAIDS were taken, according to the Medscape Medical News report.

Other prior research revealed increased risks for the development of an autism spectrum disorder (ASD) in children whose mothers had taken specific antidepressant drugs, such as SSRIs, during pregnancy. This study was the second in two years to tie use of an antidepressant during pregnancy to increased probabilities of the exposed developing child later being diagnosed with autism. In fact, a prior study suggested that the risk of taking an SSRI during pregnancy was too great given complications that include miscarriage, pre-term births, neonatal health complications, and long-term neurobehavioral abnormalities, including autism.

A growing amount of research associated SSRIs to birth defects and other issues when used by pregnant women, specifically during the earlier months of pregnancy when a lot of women are unaware of their pregnancy.

Some reported birth defects may include:

Going back to at least 2005, reports have alleged that women taking some SSRI antidepressants when pregnant may be at increased risks for delivering babies born with SSRI birth defects. One study conducted in Denmark found that women taking SSRIs when pregnant experienced a 60% increased risk of giving birth to babies diagnosed with SSRI heart defects.

Research published by researchers at Sweden's Karolinska Institute revealed that SSRI treatment during pregnancy was tied to a two-fold increased risk of neonatal pulmonary hypertension (PPHN). A 2012 report published in the Archives of General Psychiatry (now, JAMA Psychiatry) revealed that babies who had been exposed to SSRI medications during pregnancy exhibited reduced head growth at birth and are also more likely to be born pre-term. The team revealed that animal studies found that prenatal exposure to SSRIs was tied to smaller head size in mice and may lead to "abnormal structural organization of the somatosensory cortex and the corticolimbic circuits of the brain," which is associated with "disturbed behavioral functioning" in later life.

According to a study published in 2011 in Reproductive Toxicology, a number of epidemiological investigations reveal a connection between congenital heart defects and SSRI antidepressants. The connection occurs, say the researchers, because serotonin acts as a "signaling molecule during embryogenesis" (embryo growth and formation), which impacts the production, movement, differentiation, and death of cells. It is also likely that serotonin may be critical to heart development and evidence suggests that, from the time that certain heart cells are patterned and until the formation of the heart's outflow, heart chambers, and other components, serotonin may be a critical signaling molecule. As a result, a number of studies have identified possible target sites in which serotonin may regulate critical cellular processes in cardiac development, which provides what researchers describe as "biological plausibility" for heart defects to be caused by SSRIs.

At Sullivan & Brill, LLP, our New York City dangerous drug lawyers understand the losses you may be experiencing, including medical expenses and lost income. We want to help you receive compensation for the side effects from which you are enduring. We work on a contingency fee basis and don't charge you any attorney fees until we successfully secure a favorable outcome on your behalf.

If your child, or the child of someone you know, was diagnosed with a heart defect while the child's mother was taking an SSRI during pregnancy, contact our firm immediately.