In August of 2010, DePuy Orthopaedics, Inc., a division of Johnson & Johnson, issued a worldwide recall of its ASR XL Acetabular System and the ASR Hip Resurfacing System. The recall came after over 300 complaints were received describing device failure since 2008. Since then, a variety of lawsuits have been filed and many more are expected. Our lawyers at Sullivan & Brill, LLP are currently representing individuals that have been implanted with this defective medical device after 2003.

The recall was issued after the National Joint Registry of England and Wales revealed startling figures concerning the two devices. One in eight patients required revision surgery within five years of original implant surgery. Worse, officials at DePuy Orthopaedics knew about the defects for years. It seems the recall was only issued after reports started coming in, well after the manufacturer had become aware of the problems that could now potentially impact the 93,000 patients who were implanted with the recalled devices. 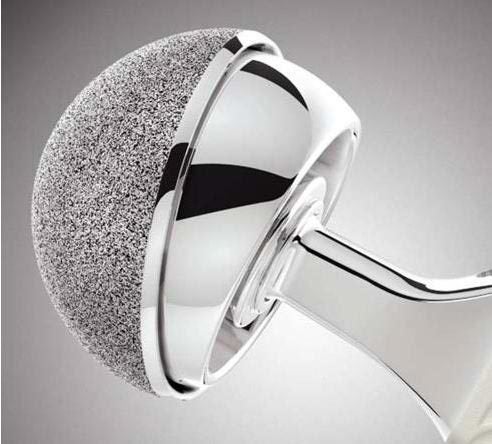 The ASR XL Acetabular System is a metal-on-metal hip socket used in hip replacement surgeries since in 2003, while the ASR Hip Resurfacing System is a partial replacement involving a metal cap that is seated on the ball of the femur. It was not approved for use in the United States, but has been used abroad. The ASR XL was marketed to a younger more active user and promised to allow the patient to resume high impact activities, such as golf and tennis. This is not always the case and some people may be forced to give up the activities that they love so much due to the defective product.

Patients implanted with the defective medical devices have complained of an array of problems including:

Revision surgeries have revealed metallosis, a condition caused by the metal ions from the excessive wear of the devices which kills the soft tissue in the affected area. Patients have also been found to have excessive levels of the metals cobalt and chromium in their blood. The impact of this toxicity is not yet fully understood, but is being studied. Another tragic consequence of these early failures is that with each revision surgery, the useful life of these devices goes down. Thus, many of the relatively young people that DePuy marketed this device to may find themselves needing another revision in their late fifties or sixties, but not being eligible for one.

Federal lawsuits over the ASR Hip Implant have been filed throughout the country and the cases will likely be transferred to one federal judge and joined for discovery and investigation in what is known as a multidistrict litigation. One lawsuit alleges that DePuy knew about the defect for years while many tens of thousands of patients were unwittingly implanted with the faulty device; another cites over 300 ASR hip failure reports received by DePuy; and another claims a plaintiff's body rejected the implant due to a flaw that enables metal-on-metal grinding. Other lawsuits involving faulty medical devices have led to huge settlements, including a $1 billion settlement agreed to by Sulzer AG in 2001 over its hip and knee implants manufactured by Sulzer Medica. As a result of the defect, nearly 3,000 patients required hip implant replacements and over 560 required knee implant replacements.

Schedule your free consultation. If you are in need of representation for a defective medical product, call us today.