Although not recalled like the DePuy ASR hip implant, the DePuy Pinnacle hip implant is another hip implant manufactured by DePuy Orthopedics, Inc., a subsidiary of Johnson & Johnson, that is experiencing exceptionally high rates of failure. 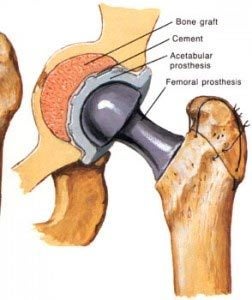 Leading up to the failure of the hip implant, many patients experience:

In addition, the grinding of the metal parts of the implants may lead to the deposit of metallic ions in the blood and tissue surrounding the implant, which can lead to the degeneration, and ultimately death, of the tissue, a condition known as metallosis.

The Pinnacle hip implant was the predecessor to the DePuy ASR and was put on the market in 2002. It was approved by the FDA in the expedited process known as the 510(K) approval process. Under this process, rather than having to undergo extensive pre-market testing, the manufacturer need only show that the medical device is substantially similar to a device already on the market.

File a Claim with Our New York City Injury Attorneys

Pinnacle lawsuits began mounting in early 2011, and in May of 2011, the Judicial Panel on Multi-District Litigation, a panel of federal district court judges, issued an order consolidating all federal cases alleging injury as a result of a defective Pinnacle hip implant before Judge Kinkeade in the Northern District of Texas, in what is known as a multi-district litigation (MDL). This means that all federal cases will be transferred to Judge Kinkeade during the pre-trial proceedings. After the pretrial proceedings, the cases will be sent back to the state from which they originated for trial. As of December of 2011, 365 cases had joined in the MDL and more cases are being filed every day.

Call Sullivan & Brill, LLP to schedule a free consultation to work one-on-one with our attorneys. If we cannot successfully secure compensation on your behalf, you will owe us no attorney fees. We also have an office in San Juan, Puerto Rico, staffed by an experienced attorney.