Police officers cannot single out citizens at random, conducting pat-downs or making traffic stops because the person might be guilty of something. This goes against the U.S. Constitution. The New York City Police Department has in fact violated the basic civil rights of millions of people through its "Stop and Frisk" policy. 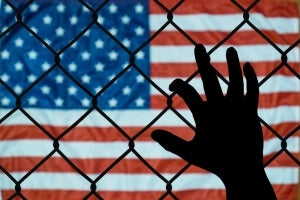 Under the guise of deterring crime, this abuse of authority has resulted in humiliating harassment of innocent citizens, illegal searches and excessive physical force. Many New Yorkers have been handcuffed, roughed up, interrogated, and even jailed and charged with crimes after being arrested by police on the street. Furthermore, a statistical study by the New York Civil Liberties Union (NYCLU) shows that young African-American and Latino men are disproportionately targeted for stop-and-frisk.

If you were the victim of false arrest or imprisonment in New York City, or suffered an injury due to improper law enforcement conduct, contact Sullivan & Brill, LLP. Whether or not you suffered injury, our false arrest lawyers can fight for your rights. We understand the policies behind police stops and grounds for detainment, and we can help you in your legal matter.

In New York, the misconduct of NYPD officers has been brought to light following the NYCLU's analysis of the Department's stop-and-frisk policy. This study showed that the NYPD stopped and questioned people 685,724 times in 2011, an unprecedented show of force and violation of rights.

"Stop and Frisk" is nothing more than an excuse for racial profiling, and it is an affront to every New Yorker's rights and dignity to be accosted for the "crime" of walking down the street or driving a car.

Victims of police misconduct may have a civil rights case even without a serious injury. In a recent case, Sullivan & Brill, LLP and co-counsel obtained a $250,000 false arrest settlement on behalf of a Middle Eastern man who was falsely accused of scalping tickets outside a well-known Manhattan theater.

If you believe you have been falsely arrested, you must act quickly. In most cases a false arrest claim against New York City or the United States Government must be filed within a certain period of time or else you may be legally prohibited from filing a false arrest claim.

It is also important that you speak to a New York attorney who handles false arrest claims before your underlying criminal case is resolved. Certain criminal convictions may preclude you from filing a viable false arrest claim. Furthermore, if you have filed a complaint with the civilian complaint review board (CCRB) in connection with your arrest, it is important that you maintain the arresting officer's name and badge number, and the CCRB's case number for your records.

If your rights have been violated by the NYPD, call our firm to schedule a free consultation to work one-on-one with our attorneys